As a declared essential business by Washington State, we are here to help you and our local community. We have been working with our local commerce and safety management advisors using guidelines from the CDC to provide a better safer work environment for us and you our customer.

All of our techs are on an ongoing training and education program schedule and all are ASE certified. The crew include’s master ASE certified technicians.

When I was young I was always interested in mechanical objects and item’s that could be disassembled and put back together. I had built bicycles to minibikes before I was twelve. I had schooling in drafting and enginering (cad cam) but had become bored once I had a job doing this.

I took a part time position in a local dealership (GM & Toyota) in the parts deptartment. I spent eleven years there until leaving to further my horizon’s at Mathewson’s, which I have been with for 23 years.

I have recieved schooling and certification in automotive management operations, various customer handlings, GM and Toyota parts management and general automotive repairs.Also ASE certified. I have always enjoyed this industry and found it to be very rewarding.

Recently retired 2013 Brent had been in the automotive industry since 1969. also previously owned Honest Performance from 1977 to 1994.

Larry Webb has recently retired in 2012,After a 60 year career in automotive.Larry will be missed as part of the Mathewson’s team.

Jeff Montgomery is the shop tech. team leader at Mathewson’s for over 30 years . Jeff also helps out on the service counter when needed. Graduating from Stadium High School in Tacoma, he attended Bates Vocational College.ASE certified

Jeff’s mechanical career began when he was seven years old. He began by disassembling his bike and the family’s lawn mower and chainsaw. He has been at Mathewson’s for thirty-two years.Worked in the automotive business his whole career and is ASE certified. drive-ability specialist and also specializes in tuning the many high performance and specialized vehicles that show up at Mathewson’s front door.

I have lived in the Renton area all my life. I graduated from Renton High School in 1975, and then attended Renton Vocational Technical College for 2 years, obtaining my automotive certificates. I was hired at Mathewson’s at the age of sixteen in 1973 and have worked there ever since. Over 40 year’s.ASE certified, My hobbies are skiing,NASCAR ,tropical fish tanks. I have been married for over 30 years to my wife Cheryl, and have two children.

Jeff was born in Seattle, and raised in the Kent/Renton area. After graduating from Lindbergh High School, he recieved a diploma from the Universal Technical Institute in Phoenix, Arizona. He has been in the automotive industry for twenty eight years.He has been at Matheweson’s over 18 year’s.ASE certified, In his free time he enjoys camping, fishing, riding, drag racing, boating, and just going fast on land, water.

Dennis recently retired Thank you for the years of good service.

Ken with over 35 year’s of professional technician experience is a recent addition to Mathewson’s.His ability to work on the vintage as well as current vehicle’s is a great fit for this team.

Mike with over 4 decades of experience is also a Master ASE tech. His abilities and training are a great asset to this team.

Mick is our customer courtesy rep. and shuttle coordinator .He helps out at the shop in may ways. 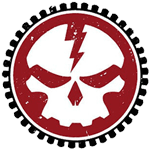